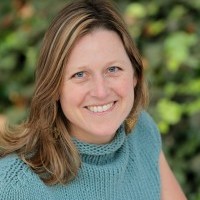 After childhood summers on Nantucket, working at The Juice Bar and Strong Wings, and a recent sabbatical on the island, Christine Braunohler Hanson is now the newest head of the Lighthouse School. “When I saw it, I thought the Lighthouse School was such a breath of fresh air,” Hanson said. “It was everything I wished to teach.” Hanson has taught for about 15 years at a public school in the Piedmont district of California. She holds a bachelor’s degree in environmental studies from Oberlin College and a master’s in education from Mills College.

Three years ago, Hanson and her family came to Nantucket for a sabbatical year, during which she oil-painted island scenes and two of her kids attended the Lighthouse School, an independent day school for students in preschool through eighth grade.

“Everyone at the school knows what they are doing and why they are doing it,” Hanson said. “They have an educational philosophy that is clearly stated and I can see the impact of that through the teachers’ classrooms. It is so intentional.”

Eighty students are taught by 15 faculty members through a “wholechild” philosophy developed by the school’s founder, Lizbet Carroll Fuller. The Lighthouse School method is an amalgam of the Reggio Emilia approach, Waldorf education, David Sobel’s place-based education and a focus on horticulture and the arts. “What makes the Lighthouse School stand out is both our curriculum and the creativity inherent in it, the individualized instruction that comes with a small classroom and a close-knit community,” Hanson said. With an average class size of 10, teachers have the freedom to design interdisciplinary curricula that engage each child. Each week, every student takes a field trip to attach some experiential learning to his or her classroom experiences.

This model is what Hanson’s son, who attended kindergarten at the school, referred to as learning “real stuff.” Hanson’s son studied the Wampanoag in kindergarten, learning how to garden, harvest and work clay as the original inhabitants of Nantucket did and wrote about the history he learned and the experiences he had. “Social studies, science, writing and history all converged,” Hanson said. “It was very meaningful and children were motivated to learn because they were not writing for writing’s sake, but because they learned something they wanted to remember.”

As a Lighthouse School parent, Hanson read “Lost at School” by Ross Greene at the recommendation of former head Emily Miller. “The premise is that children do well when they can,” Hanson said. “Their tasks have to be achievable and must have some context, some relevance to the kids.”

With that philosophy in mind, the Lighthouse School encourages selfdirected learning, believing that kids will be motivated if teachers meet children where they are in their educational development. This year, a third section of preschool will be added because of increased interest. Working with the public schools, Lighthouse School teachers participate in responsive classroom training and learn the Reader’s Workshop Model, a method that encourages independent and careful reading. An instrumental-music program for grades two-eight will also be introduced this year, complementing the vocal music program for all students. During her tenure, Hanson hopes to move all students to the school’s Rugged Road campus. Classes for grades five to eight are currently held at the Nantucket Boys & Girls Club.

“Most communities have school choice and in ours it’s especially tricky,” Hanson said. “But it’s important to be able to choose a school that’s a good match.” In an effort to serve as wide a variety of families as possible, 58 percent of students at the Lighthouse School receive financial aid. “At the Lighthouse School, you’re building a foundation for being able to know your own voice, speak your ideas, develop critical thinking skills and develop an appreciation for the natural world,” Hanson said. “There’s nothing more important than foundational experiences in education. They shape everything.”