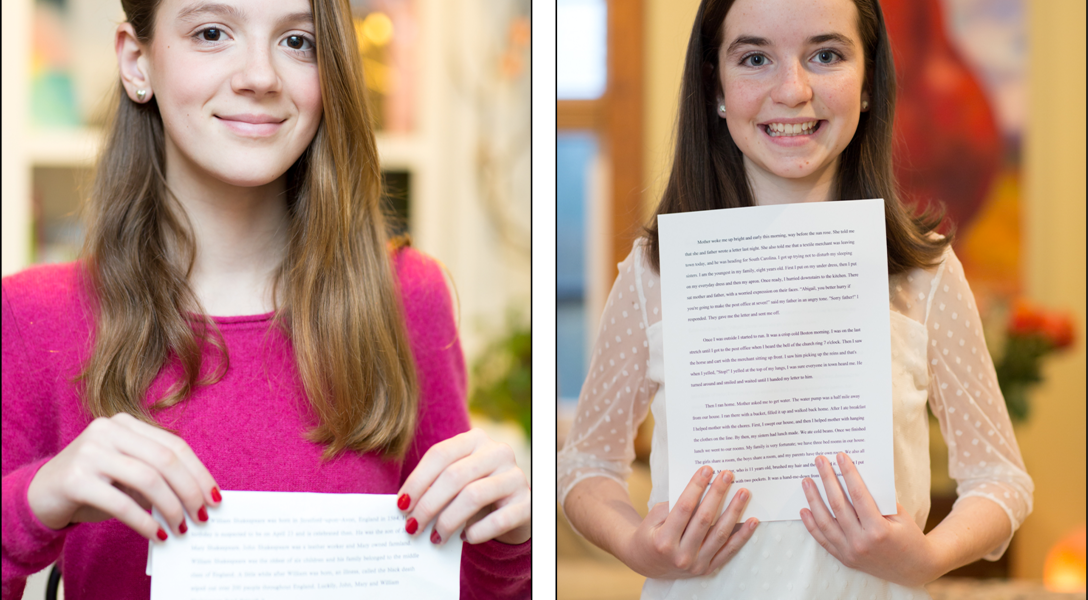 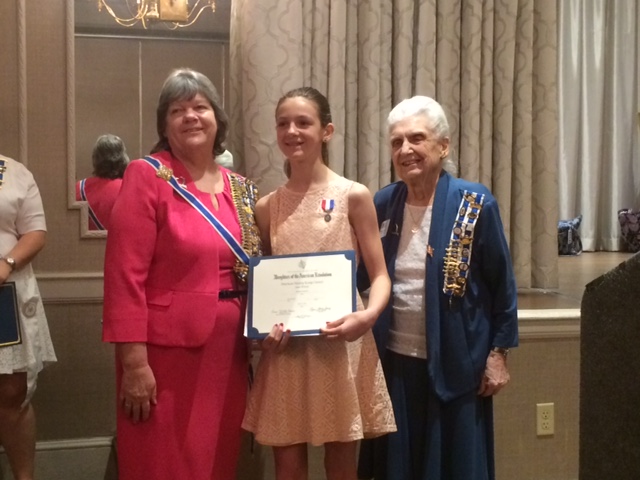 Two Nantucket Lighthouse School students were selected as the chapter winners of the Daughters of the American Revolution (DAR) annual American History Essay Contest.  Open to students in grades 5th – 8th in public, private, and parochial schools, and registered home-study programs, the American History Essay Contest was established to encourage young people to think creatively about our nation’s great history and learn about history in a new light. According to DAR’s guidelines, essays are judged for historical accuracy, adherence to the topic, organization of materials, interest, originality, spelling, grammar, punctuation, and neatness.

Of all essays submitted from Nantucket for the Abiah Folger Franklin chapter, the winning essays for 7th and 8th grade were both selected from Nantucket Lighthouse School. Winning the 7th grade division was Sophie Gerardi and winning the 8th grade division was Ashley Hehir. Following their success at the chapter level, their essays went on to be judged in the statewide competition. Gerardi’s essay was selected as the Massachusetts state winner for the 7th grade division and she was invited to attend the DAR State Conference in March where she will read her essay to over 200 DAR members. Her essay will then go on to compete at the national level.

“We were delighted to hear the news of Sophie and Ashley’s essays having been chosen as the chapter winners of the Daughters of the American Revolution contest,” shared Nantucket Lighthouse School Head of School Emily Miller. “Creative and analytical writing are key components to a Lighthouse education,” continued Miller. “From the earliest ages, we offer students daily opportunities to explore writing through imaginative pieces, and progressively as they are developmentally ready, to hone the more mechanical aspects of their work. We are thrilled for Sophie and Ashley and the tremendous accomplishment they have achieved.”

Historically, Nantucket Lighthouse School students have done well in the annual contest. Two years ago NLS Alumni student Isaiah Williams won the 8th grade division for the Abiah Folger Franklin chapter.
An independent day school serving children preschool through 8th grade, the Nantucket Lighthouse School is comprised of 100 students spread over two campuses, a primary schoolhouse at Rugged Road and a Downtown Campus at St. Paul’s. Co-founded by Lizbet Carroll Fuller and Elizabeth Edwards Sundell, the School first opened its doors in 2000 to twelve children and two teachers in a barn at Nantucket Island School of Design and the Arts (NISDA). Over the past fifteen years, the School has grown tremendously, yet it has remained true to its founding ideals which include a developmentally appropriate education aimed at capturing the magic and joy of childhood while also instilling a love of learning, a deep respect for the natural world, and a sense of responsibility to all.