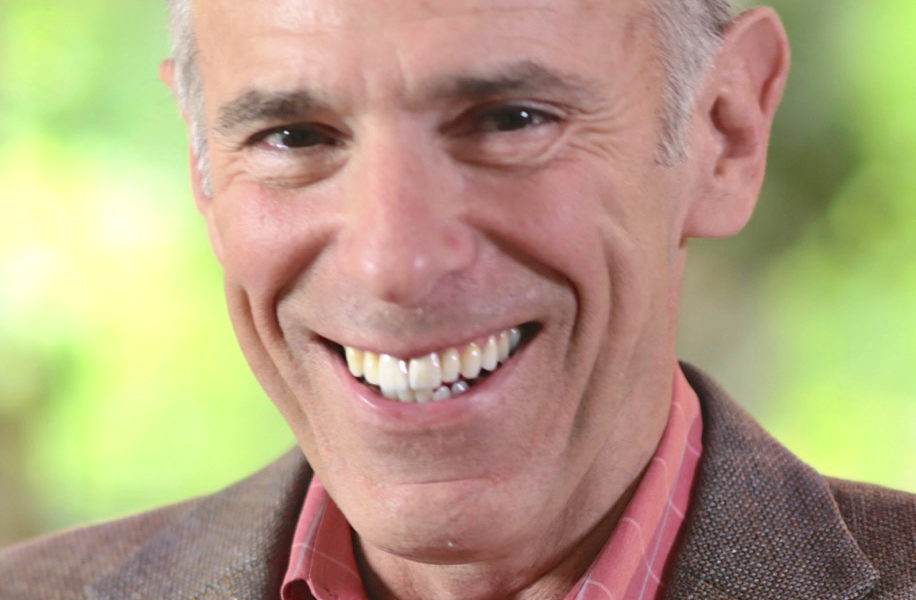 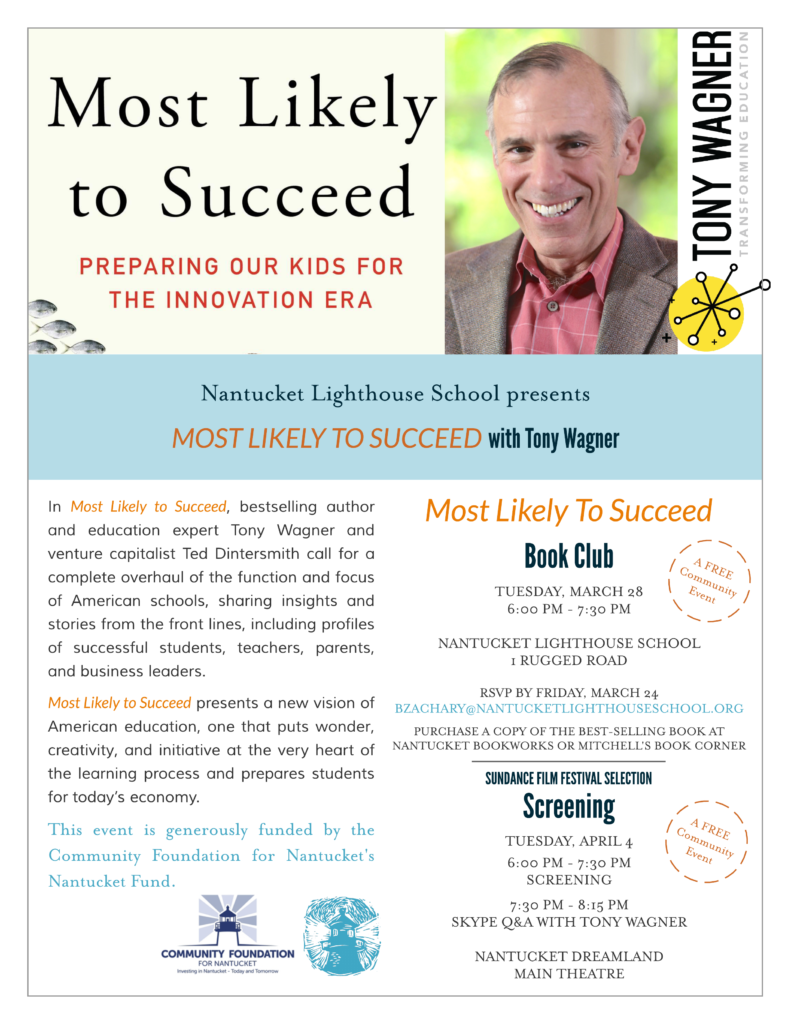 Considered among “the best education documentaries ever produced” by Education Week and described as a “smart and engaging look at education in the 21st-centery America” by the Hollywood Reporter, Most Likely to Succeed examines the history of the American education system and asks administrators, teachers and parents to consider how to teach the next generation of innovators and inventors. Like the book, the film’s mission is to inspire and empower communities across the country to revolutionize their schools for the 21st Century, reinventing the approach to education and preparing children for today’s challenges and opportunities.

“Tony Wagner and Ted Dintersmith’s book merge Tony’s experience in progressive, innovative education with Ted’s business savvy, and together they raise important questions that every educator and administrator should be asking,” shared Nantucket Lighthouse School Head of School Emily Miller. “These questions address essential issues around what we teach, how we teach and whether or not our current educational system is readying students for the 21st Century economy. While the book’s title reads like a manual for raising cutthroat competitors, I think many will be surprised by the emphasis Wagner and Dintersmith place on finding passion and purpose in education. The book Most Likely to Succeed is a must-read, and the film is one that no parent, educator, administrator or policy maker should go without seeing.”

The Book Group will be held at the Nantucket Lighthouse School on Tuesday, March 28th at 6PM, led by Miller. Copies of the book are available for purchase at Mitchell’s Book Corner and Nantucket Bookworks. A week after the Book Group on Tuesday, April 4th, Nantucket Lighthouse School will offer the free community screening of Most Likely to Succeed in the Dreamland Theater’s Main Studio. The film will begin at 6PM and will be followed by the interactive Skype session with Tony Wagner.

Wagner currently serves as an Expert in Residence at Harvard University’s new Innovation Lab and as a Senior Research Fellow at the Learning Policy Institute. Prior to these appointments, he was the first Innovation Education Fellow at the Technology & Entrepreneurship Center at Harvard, and the founder and co-director of the Change Leadership Group at the Harvard Graduate School of Education for more than a decade. His previous work experience includes twelve years as a high school teacher, K-8 principal, university professor in teacher education, and founding executive director of Educators for Social Responsibility. Wagner is a frequent speaker at national and international conferences and a widely-published author. His work includes numerous articles and six books, including Most Likely to Succeed: Preparing Our Kids for The Innovation Era, co-authored by Ted Dintersmith, Creating Innovators: The Making of Young People Who Will Change The World and The Global Achievement Gap.

“There have been pivotal moments in my career and my professional growth and development, moments when experience, research, observation and practice coalesce,” shared Miller. “Some of these moments have been with my own children, some within the classroom, some in my administrative role and others have merged practice with provocative, groundbreaking books on education. Most Likely to Succeed was one of those books. While, at first, I was not drawn to the title because I misunderstood its intention, I was riveted just a few pages in. Later, after viewing the film at the Learning and the Brain conference in the fall of 2017, I was forced to reexamine my own beliefs about the purpose of education in the 21st Century. We are very grateful for the opportunity to bring this film to our community, and equally thankful for the support from the Community Foundation for Nantucket’s NANTUCKET FUND™. What a unique opportunity for island educators and families to come together on such a timely and relevant topic.”